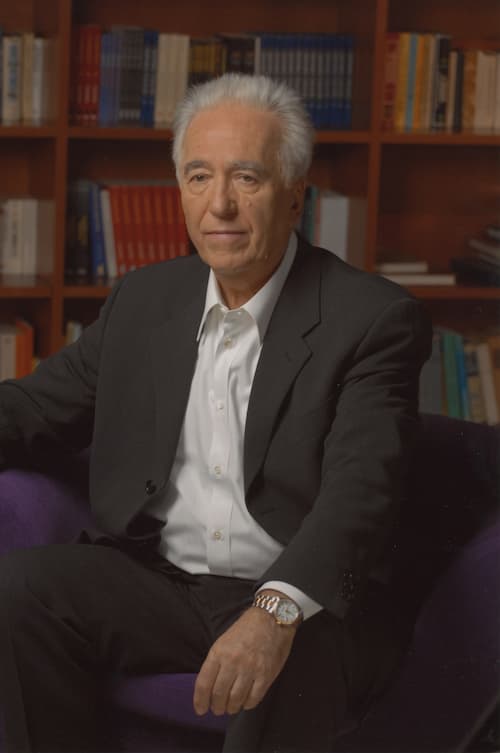 Darío Salas was a prominent philosopher, writer, thinker, and researcher who in his capacity as an Initiatic Master, founded the Institute of Hermetic Philosophy in 1970, which currently has headquarters in Chile and several branches in Europe and the Americas, wjth branches located in Argentina, Venezuela, Colombia, Spain, Bulgaria, Russia, and USA.

Dario Salas Sommer is the creator of a Spiritual Teaching that he called “Operative Philosophy,” a teaching that allows the seeker to sublimate and transcend themselves in order to rise to a higher state of individual development, projecting themselves as a divine essence beyond terrestrial life.

This system allows human beings to concretely and technically develop their spiritual potential and achieve full development of their Internal World. This fulfills the most sacred and important thing that human beings must realize in this lifetime, the higher purpose for which mankind was created, which is to develop a Higher Consciousness and attain Human Excellence. This is acheived by depositing the Force of the individual’s conscious experiences in their Divine Spark, a fragment of God that we all carry within us.

Throughout his life as a Master he gave thousands of people the Spiritual Opportunity and gave his revolutionary thoughts tirelessly to his students and to the world, through more than 2.000 Talks that he gave at our Institute for Hermetic Philosophy, and also through the ten books he wrote. These Talks and books contain his thoughts and knowledge in depth, enlightening the lives of all the students who had the privilege of coming into contact with his Wisdom and Light, and who have been able to understand and seize the spiritual opportunity they received; delivered by a true Stellar Man, within a real School.

This splendid knowledge was also projected into the countless scientific endeavors he carried out in the field of Quantum Physics. He developed this work extensively in his own laboratory, finding a concrete, practical, technical and rational way to demonstrate the philosophical postulates that he created and developed as a Master. He scientifically established that his Operative Philosophy is based on the reality of natural facts and that the infinite universe created by God, is not a matter of philosophical speculation. Rather, it possesses measurable physical laws, demonstrable and immutable, when analyzed through the postulates of Quantum Physics, as an instrument and a way to measure laws that function and operate equally, anywhere in the Universe.

Throughout his life he gained recognition from many institutions of human knowledge. He was named an honorary member of the Russian Writers’ Union and received the ECOMIR (Ecomundo) award for developing the concept of “ECOLOGY OF THE INTERNAL WORLD” (2004).

By way of concepts such as “Operative Philosophy” and “Moral Physics,” we was also a member of the Society of Writers and the Academy of Sciences of New York City promoting the highest human values, respect for life, in all its forms, and the hope of a better and more humane world, thus leaving a valuable Spiritual Legacy to all Hermeticists who continue to practice and treasure his Teachings, as well as, all of Mankind and all Sincere Seekers of TRUTH.

In 2017, together with three close students he personally founded a Foundation that bears his name. This Foundation allows for his Works and Teachings to continue to be projected into the future from the moment in which he embarked on his journey to the planes of energy. Thus, the Spiritual Opportunity is kept alive and open in the world and within our School, and also ensuring that his transcendental knowledge maintains its original purity.