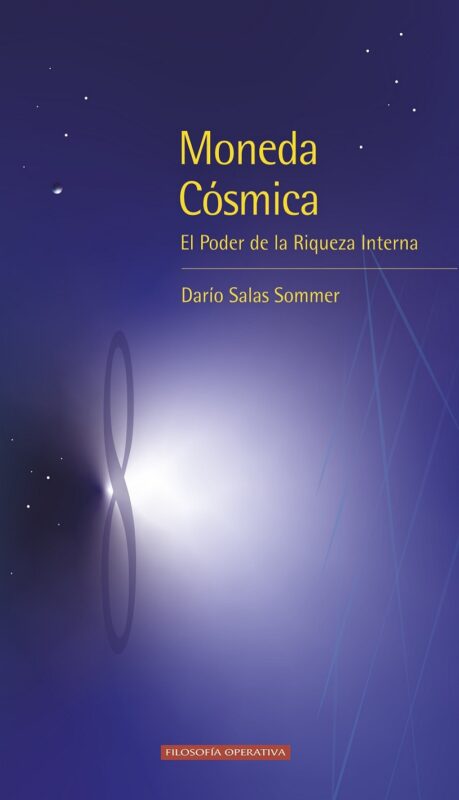 “Cosmic Currency lays out a concrete material process, through which we can transcend the modest three-dimensional world, raising our cognitive performance to higher dimensions, which could eventually lead us to human excellence.Before this, it is necessary to discard any attempt to attain arbitrary desires, such as those that lack real merit and deep evaluation.

Basically, there are two kinds of desires: those that are arbitrary or invalid, which lack natural legality because of lack of merit before Nature; the result of passion or fickle capriciousness, and those that are backed by the wisdom of a higher consciousness where an individual only takes goods or assets equivalent to those which he or she gives, through a process of exchange. It is important to highlight that a higher consciousness is not inborn, and only exists in a dormant state, so it is necessary to develop it through the basic instructions in my works.We must consider that a lack of wisdom to be able to choose truly beneficial desires, in a profound sense, could undermine or harm our lives, this is possible to prevent by developing a multidimensional conscious, of a more complete and higher vision. The ultimate goal of this path of “Cosmic Currency” is to achieve human excellence through a technical spirituality based on concrete science”. 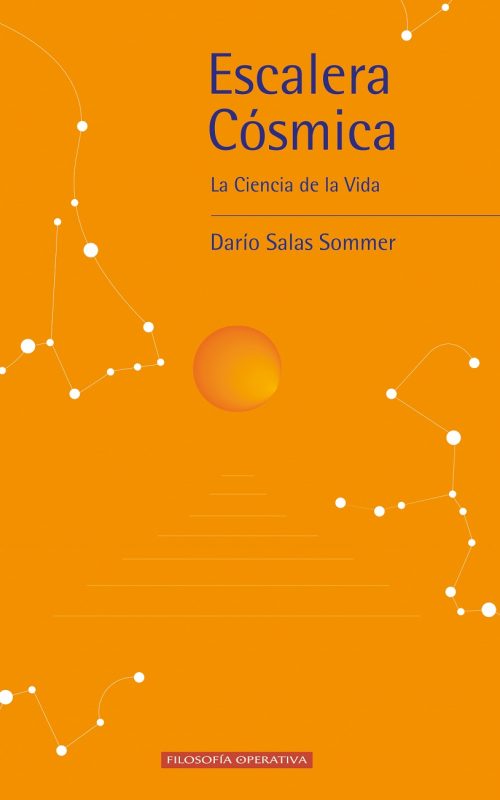 “Few people are aware of the real meaning and goal of life, that which is truly worthwhile, which is to know and to find oneself, so that one day we will be able to look at ourselves, face to face and say: “this is me”.

Human beings seek truth through complicated theories and soak up tons and tons of knowledge, with which they manage only to coat themselves with a varnish of culture and education, remaining within their souls as close to an animal as a caveman. They do not realize that the only place we can find everything is within ourselves. Ignoring that life’s greatest truths and secrets are found in the simplest things, never in complicated, tortuous, and refined things. They do not realize that there is more science, humanity, truth, and beauty in a single human tear than in every university in the world.

Only the person who knows themselves can gradually distance themselves from the animal”. 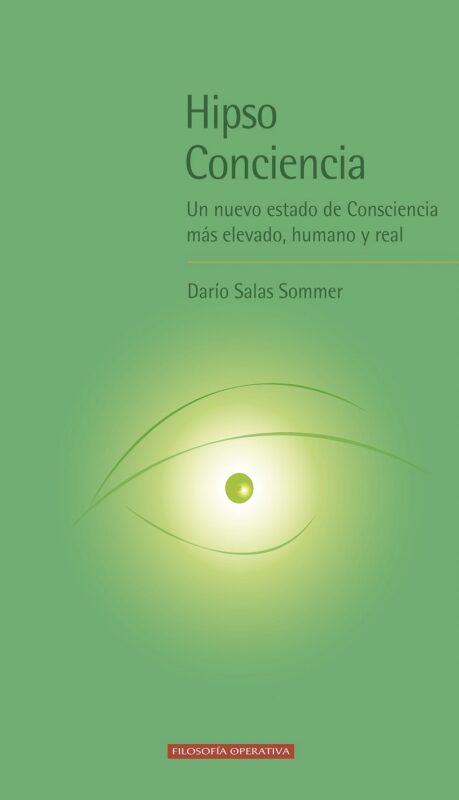 Hypsoconsciousness forms the “I” and leads it to complete maturation.Only an individual who has a grownup “I” that is mature and adult, can say with all propriety, “I am a human being.”This real individual manages to self-determine and become free from the irrational and purely emotional behavior of the crowds, with which they achieves true realization as a CONSCIOUS AND
INTELLIGENT HUMAN INDIVIDUAL”. 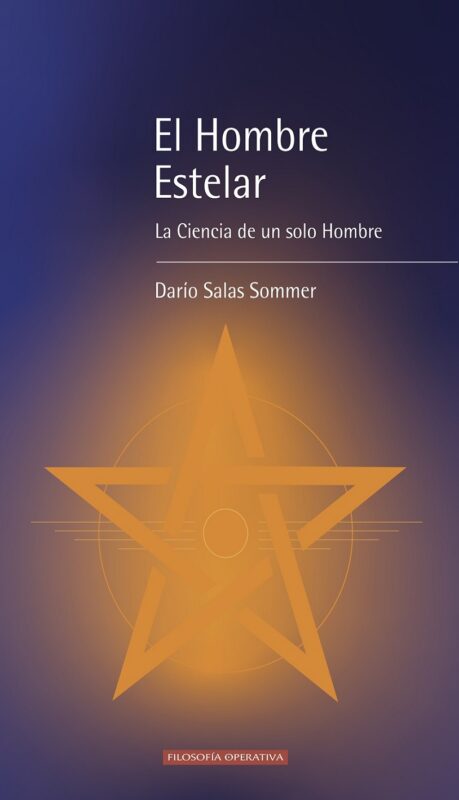 “Those who read this book hoping to find an informative essay on commercial sugary esoteric matters will be greatly disappointed.

The Stellar Man elaborates upon science which is higher than that which has been known so far and what this can do for humanity.

This wisdom, which is the true origin of knowledge, represents the greatest treasure to which human beings can aspire in this, or in any other century on planet Earth, or elsewhere within the confines of the Universe.It is the greatest form of art, a perfect vision of the essential reality of Nature, that seeks to develop the ability to see oneself objectively and evaluate the true level of development of one’s own instrument of knowledge, the mind.All knowledge, in order to be real, must be based on the inner reality of the individual and be integrated into a wise, just, omnipresent, immortal and eternal Nature.

There is no other option other than to attain an authentic power over oneself and one’s existence, thus aiming to possess a state of consciousness in which disharmony, destructiveness, ugliness, aggression, and unhappiness no longer exists”. 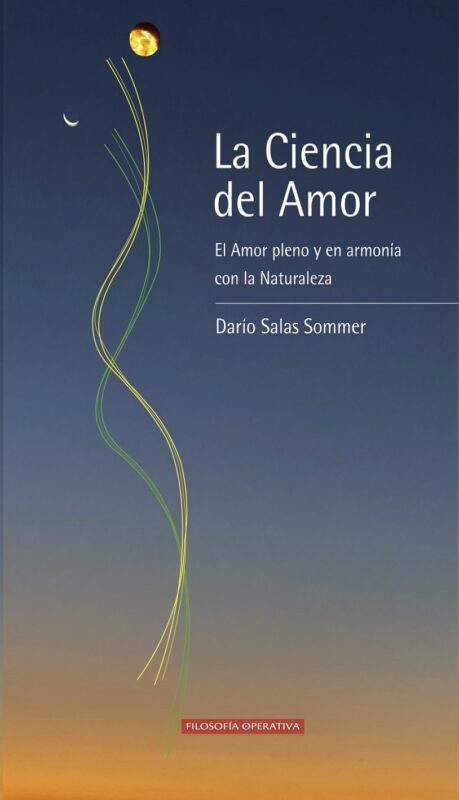 The Science of Love

“We need to accept the painful truth that human beings have no idea what love really is, which is why people cannot love, neither the opposite sex, nor the world, nor themselves,” the author of this revealing work on True Love points out.

The purpose of this magnificent book is to teach those who wish, The Science of Love, based on the principles of Hermetic Wisdom and the immutable Laws of Divine Nature.

Dario Salas Sommer states that anyone who effectively understands this “art” and properly applies it, “will attain a Loving and Spiritual Happiness of an intensity, strength and quality as they could never have dreamed of, and this joy will be stable and undying”. 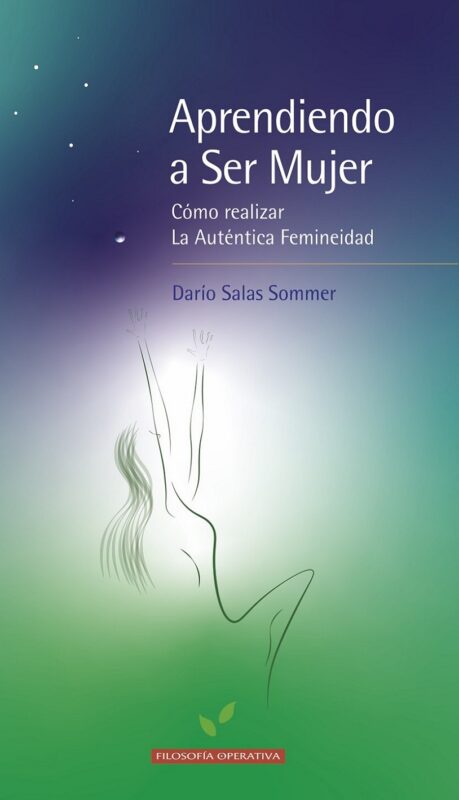 LEARNING TO BE A WOMAN

“The realization of true femininity depends on the spiritual realization of the individual woman, by the sublimation of her female part to become a superior woman, to no longer be a woman of mud, to transform into a Stellar Woman.

The female part is the primitive and passionate side of every woman of the species, and that which makes her behave passionately and contrary to her own interests. It must be understood that the female’s passionate qualities are often mistaken as feminine characteristics, but in reality, are not similar at all.

Some female characteristics are being dominant, controlling, selfish, narcissistic, envious, voracious, and empty, to name just a few.All of these behaviors reduce a woman’s quality of life and can lead her to become bitter and depressed.

As a woman manages to transcend her female condition, by quintessentiallizing herself then, a completely new and unique woman is formed, able to change her patterns of behavior and freely choose her own destiny, becoming welcoming, sweet, full, cheerful, with a beautiful and luminous inner world, placing happiness within herself and not outside of her.

A real woman has always begun as an ordinary female, but unlike the female, she worked fully on herself, which by the way, requires devoting time and commitment to this activity, which is the noblest and most profitable that can exist.

Noble because to the extent that a woman perfects herself, she will bring up more perfect children, improving the world, whereas in the opposite case, her children will only be the portrait of her own imperfections, with the same flaws as her, but increased.

Profitable because spiritual development, that is to say, THE DEVELOPMENT OF CONSCIOUS INTERNAL CONTENT, is the only thing that ensures obtaining supreme good and authentic happiness». 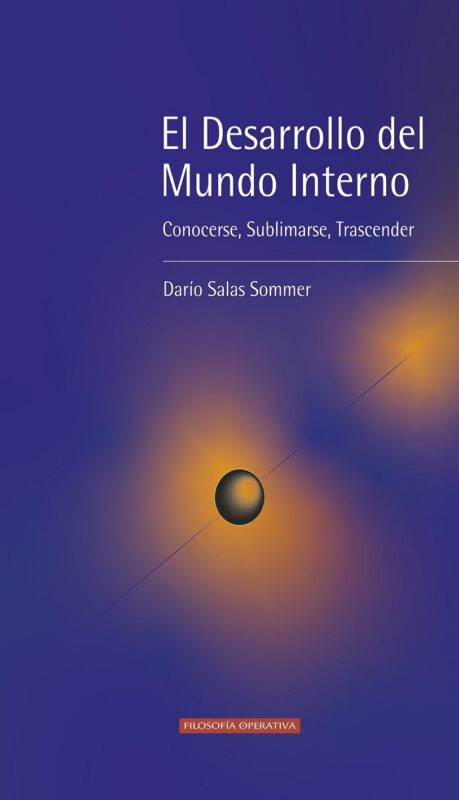 Development of the Internal World

“The spiritual progress of an individual is something that must be carried out in the sacred temple of their own soul and not in the cultural setting of human life.

Spiritual truth is of such a sublime purity that it cannot be exposed to the passionate and consumerist greed of the masses, at risk of losing its higher condition or of being stained by the whimsical interpretation of those who lack the proper preparation to seriously attempt the noblest and greatest adventure that human beings can undertake: the exploration and discovery of oneself: the exploration and discovery of the being, the sublime flight to the secluded depths of the inner universe.No astronaut could equal such a fearless endeavour: to rise to the encounter of God through the unknown world of the internal universe, a fantastic microcosm where the bold seeker can meet their own vital and spiritual essence and origin, finding the Supreme Creator behind his or her immortal spirit”. 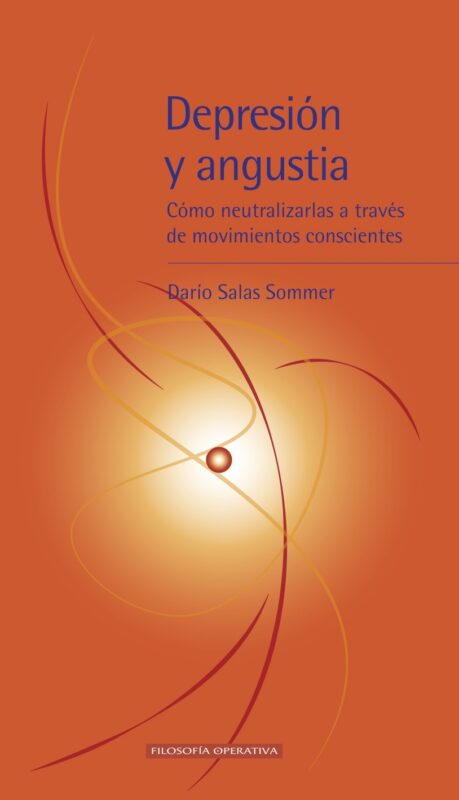 “In order to save time and effort in a progressively more demanding world, I have created some exercises that consist of making the same movements that we must do every day but performing them with awareness in predetermined stages.In this way, it is about becoming aware every day of the movements that we always do without realizing how we do them.The technique is equivalent to breaking down some everyday chores into pre-set moments, to provoke, at those moments an awareness of our own person. The aim of this action is to create “a perception of the “I,” in the form of a self-aware entity.In this way, we will raise our state of vigilance and empower the “I” progressively. The final result will be an elevation of the “I” above damaging influences, overcoming anguish and depression, transcending insecurity and shyness, and acting as a more conscious and rational human being”. 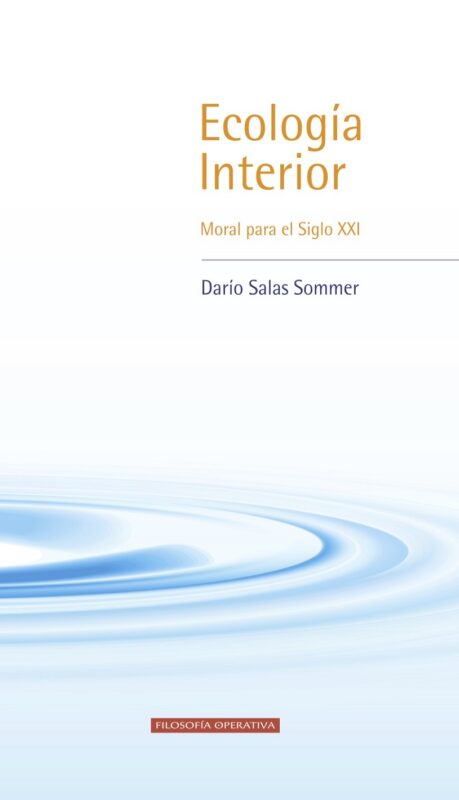 “To be able to live in harmony with Nature, it is necessary to learn how to process information adequately, to transform ourselves into a society of Wisdom.

Use Internal Ecology as an ethical support to generate a harmonic frequency that allows us to change the world by favouring homeostasis between humans, the Earth, and the solar system.

Understand that everything we do, think, and feel accumulates in the noosphere or mental layer of the Earth marking the evolutionary course of the planet and of Mankind.

There is total ignorance of what living in harmony with Nature means, believing that everything is limited to known ecology when what is truly important is Internal Ecology or the Science of comprehending all things, comprehending life, comprehending oneself and comprehending and respecting others”. 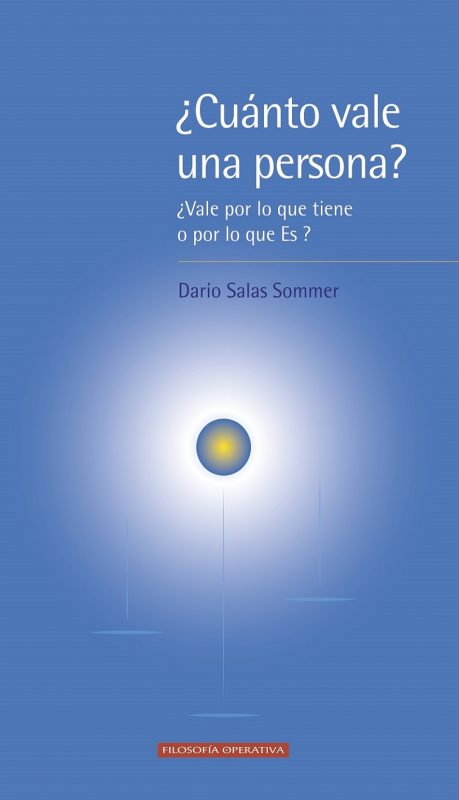 How much is a person worth?

“If we are talking about social appreciation, the individual is worth their image,
that is to say their “ghost,” since an image is just that: something that exists in the imagination but not in reality, and which is like “a flower that lasts a day”
subject to the whims of marketing and fashion.

If we want to qualify a person for what their are, we must unfailingly refer to the “Being” which is ignored by society that likes appearances because it does not understand reality in depth.The forgotten and unconsidered “Being-creature” can, however, undergo a profound development of its quintessence and become the most valuable thing in the universe.”

The option of living in the Being, by the Being and for the Being represents, according to the highest laws of the universe, the greatest success a human individual can attain and can lead to the deepest happiness, harmony, order, coherence, and wisdom.Who does this depend on? Only on you”.